The Golden Girls And Your Marketing Mix

Oct 14, 2020 | By Ryan Rimmele
This marketing mix blog was filmed in front of a live studio audience. 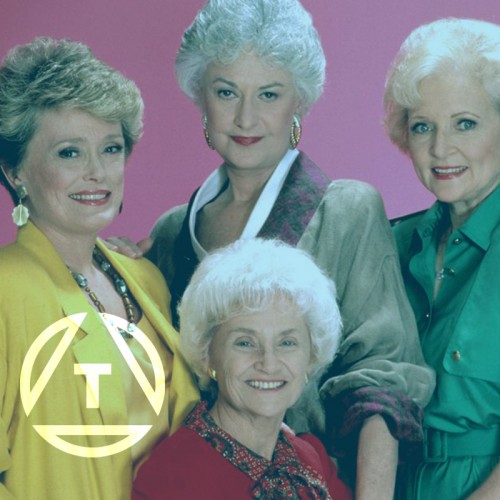 The marketing mix typically consists of four components, or 4 P’s in this case:

Understanding these four components will help you effectively market your product or service. Each P plays a role in creating a marketing plan to reach the right audience in the right place for the right price.

Each main character in the series, each Golden Girl, complemented the others in a way that created seven seasons, 180 episodes, launched multiple spin-offs, and made Betty White, Rue McClanahan, Bea Arthur, and Estelle Getty household names.

While the show was on the air each main cast member won an Emmy - a feat previously only held by the main cast of All In the Family.

Knowing what a success The Golden Girls was, how can marketers use it as a model for building the perfect marketing mix.

The 4 Ps of The Golden Girls’ Marketing Mix

If you were to choose one character to be the ‘main character,’ it would likely be Dorothy Zbornak. Dorothy is the strong center of the Golden Girls cast. She is often the most logical character and had some of the best comebacks, a close second to her mother Sophia. Of all the characters, she was the one we identified with the most.

Dorothy is the Product of The Golden Girls’ marketing mix. Without a solid product consistently meeting the needs of the audience, you have nothing to take to market. It is by far one of the most important aspects.

The same way The Golden Girls was built around the talents of Bea Arthur, your marketing mix needs a strong product to lead the way. Your product should either fulfill a need your audience has or be so desirable you can persuade them to need it.

Without Dorothy and certainly without a strong product, the mix falls apart and you are left with The Golden Palace, and we know how that turned out.

Picture it: Sicily, 1922, you’re a young woman with fiery red hair with the ability to change the perception of any product you sell. You’re the aspect of the marketing mix called Price as well as The Golden Girls’ Sophia Petrillo.

Sophia Petrillo is the wise, and often wise-cracking, matriarch of the Golden group, even though she was played by Estelle Getty, the third youngest member of the main cast. Sophia, mother of Dorothy, would often switch between peacekeeper and instigator. She could bring perspective to the issues of the house with her questionably accurate stories of the olden days.

Sophia could steer each episodes’ plot points with the slightest of ease and her stinging remarks. She could dictate the tone and value of each scene based on whether she wants to be the wise matriarch or the wisecracking jokester, and to what level she uses each.

Much like Sophia, the Price of a product can change the perceived value within your marketing mix. At $10 a pop, a Rolex is an easily overlooked watch, albeit greatly undervalued. Bring that price up and now it’s gaining attention — making Rolex a luxury item with great demand.

Setting the price of your product can become tricky. Too low and you’re not making enough profit. Too high and people will stop buying it. It takes a lot of research and often testing to determine the correct price — just like testing brought Sophia from recurring guest to main character.

Rose Nylund is the comforting, kind, and often naive, member of The Golden Girls cast. Played masterfully by Betty White, Rose was often the butt of many jokes from the rest of the cast. Of all the main characters she is the one we can all collectively make fun of, sympathize with, be annoyed by, and love together.

Rose allows us all to meet at this one point and experience everything The Golden Girls have to offer. For this reason, Rose Nylund represents the Place of the marketing mix. Place is where you send your product or service to be purchased by your audience whether that is online or a physical location.

Without selecting the correct location you’re marketing efforts will be in vain because your audience will be nowhere to be found. It would be like selling a history book in St. Olaf.

Selecting the correct place will require a lot of research to determine the most cost-effective location and strategy. Get to know your audience as well as we got to know the town of St. Olaf throughout seven seasons, and you’ll be set up for success.

Blanche Deveraux is flashy, outgoing, independent, and always trying something new. She knows how to make herself desirable by putting herself out there, and sometimes failing in the process.

Rue McClanahan avoided typecasting when she swapped roles with Betty White to play Devereaux and brought with her a charming personality and a heavy southern accent, rather than her natural Oklahoman accent. She was able to discover the perfect strategy for the character to keep people coming back.

As the Promotion aspect of the marketing mix, Blanche represents advertising, public relations, and strategy. It’s the fun, flashy stuff that gets your audience’s attention and keeps your product top of mind. She can tell a story and add a little extra spice to make it more interesting for her audience.

Without promotion, you’ve essentially released a product into the world without telling anyone about it. And without Blanche Devereaux, there would be no Miami condo for the Golden Girls to live and there would certainly be fewer characters coming through the door.

Determining your promotion requires you to understand your audience and what types of advertising or promotions they are willing to accept. Where are they spending time? When are they there? What sort of messages will appeal to them? Knowing the answers to these questions allows you to properly promote your product or service. Blanche Devereaux understood this and it made her the most successful in her personal pursuits.

There have been many, many television shows with numerous casts but very few have gone down in history as successfully as The Golden Girls. The mix of the four main characters kept audiences returning for 180 episodes between 1985 to 1992.

Understand what made The Golden Girls so successful and how they delivered exactly what their audience needed and you can use that as a model for your marketing mix - setting you up for success. Each aspect of the marketing mix carries its own weight while simultaneously supporting the others. Leave one out and your strategy is standing on weak ground and will only last one season, even if you do add Cheech Marin and Don Cheadle. Product, Place, Price, and Promotion must work in tandem just as well as Dorothy, Sophia, Rose, and Blanche.

Create a solid marketing mix and you could even throw a party, maybe invite everyone you know. And if you do, you would see the biggest gift would be from me, and the card attached would say: "Thank you for being a friend."