What Can Dora the Explorer Teach Us About Social Media? 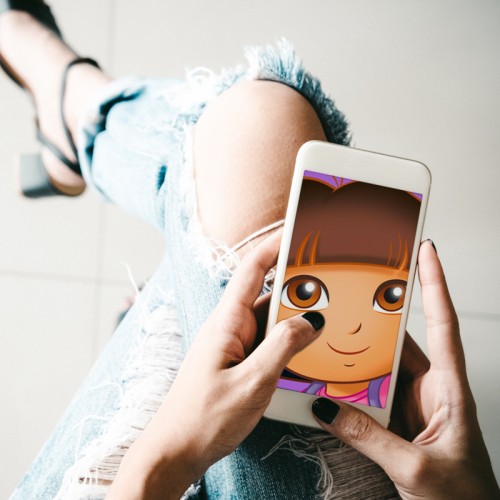 Dora the Explorer was an incredibly popular children’s television program featuring a young girl, her friend Boots, a singing map, and Swiper, a talking fox with severe kleptomania. If you were conscious around children at any point during the past 20 years you’re probably familiar with her show. She’s been on lunch boxes, has infinite toys, spawned numerous spin-offs and touring live shows.

I don’t have children and I still know who Dora the Explorer is. Of course, I attribute my knowledge of Dora to my younger sister who was an avid viewer as a child. She recently turned 21 if that tells you anything about Dora’s longevity.

Why am I writing an entire article on our marketing agency blog about Dora the Explorer? I mention her only because she can teach you, a full-grown adult, about some of the most important social media lessons that will help you run a successful social media strategy.

One of Dora’s most well-known activities is to ask questions and stare deeply into the audience’s eyes for a prolonged period. To the adults who are passively watching, this can come off as unnerving and creepy. Why is this animated child just staring at me? There’s no action. Very little appears to be happening on screen.

As someone who grew up watching cartoons in the late-'80s and throughout the ’90s this is odd. Entertainment should have non-stop action, crazy colors and wild sound effects. But then here comes Dora who takes multiple seconds out of her program to just look at the audience.

What is she doing? She’s engaging. It’s what you don’t see that is making the biggest impact. She has asked a question and then stands still while her audience responds. She’s giving them a moment to interact and therefore creates a bond. They are now part of the show rather than a passive bystander. They’re captivated. They want to watch because they are part of something.

Why is this important and what does it have to do with social media? If you haven’t guessed yet, it’s the entire basis of your social media: engagement. Without engagement, your social media is a billboard along the highway. People are flying by as fast as they can scroll and only when they see something highly captivating do they take a second to look over.

Engagement makes your social media something people will look for rather than something they happen to run into. Rather than scrolling past, they are seeking you out. It becomes a daily ritual to check your page or to keep an eye out for your name or profile image in their feeds.

Dora the Explorer doesn’t need flashy gimmicks to capture her audience’s attention. She just needs to take a moment and ask a question, which brings me to my second point.

Dora the Explorer isn’t asking her audience to consider the answer to life, the universe, and everything. She’s not pondering deep philosophical quandaries. She’s asking her audience whether or not they see a masked fox or which way her companion Boots went. She’s asking them to sing a song with a map or to name their favorite color, a favorite snack or to recap the best bits of that particular episode.

What she’s doing is keeping her messaging simple. She doesn’t need to complicate things to educate and entertain her audience. Yes, I know, it’s geared toward very young children but the concept remains. If you complicate your message you will lose your audience.

I can’t tell you how many times I’ve had to explain how Google’s search engine works or rudimentary details regarding Facebook. And I know when I’ve explained a little too much because I can see the eyes of the person I’m talking to glaze over.

We’re all guilty of over-explaining when it comes to the industry we deal with every day. The ability to simplify can sometimes be more difficult than just explaining how something works because each industry has invented jargon and short cuts to help each other.

Ever try explaining to someone how to tie their shoes? It’s nearly impossible to do without having a shoe in your hands. This is because it’s something we do every day and no longer need to think about how to do it — it’s muscle memory. You tie your shoes by tying your shoes. There is no process by which you tie your shoes, you just do it.

What Dora does is take information and spoon feed it to her audience without making things difficult, and she’ll entertain you while she does it. Her audience is learning without being talked down to or confused.

Dora doesn’t care if her audience knows how much she knows about solving puzzles, reading maps, or avoiding menacing foxes. She’s there to educate not condescend. And she’s been doing it for 20 years.

Be Consistent With Your Social Media Messaging

How did Dora stay on the air for some long? How was she able to capture a young audience who are constantly vilified for having no attention span for 20 years? She was consistent.

Week after week, season after season, Dora solved puzzles, ran from a fox and sang about her backpack. She had a formula that worked and kept children coming back every time. Her message stayed consistent throughout the years.

Of course, Nickelodeon experimented with spin-offs, live shows, and updated looks — they’re a business and experimentation is important to marketing. But throughout all of this Dora’s message stayed consistent: she was there to teach children.

When it comes to your social media, keep your goals in mind. What are you there to do? If you’re on social media for the sake of being on social media it’s unlikely you’ll find much success. Dora wasn’t on television for 20 years just because Nickelodeon had some extra money lying around. She was there to teach and engage.

Dora the Explorer taught children how to share, count, read and be accepting of others. Her lessons will last a lifetime for the children who grew up watching her because she allowed them to be part of her world and never talked down to them. She was a consistent companion for exploring and learning new things.

She can also teach every organization important lessons for how to conduct their own ongoing social media strategy: Consistently educate and entertain your audience with simple messaging that promotes engagement and reaches your goals.

I hope this article was helpful to you and at the very least kept your attention for the short amount of time it took to read.

So, what was your favorite part?

I liked that part too.