Your Marketing Is a Joke 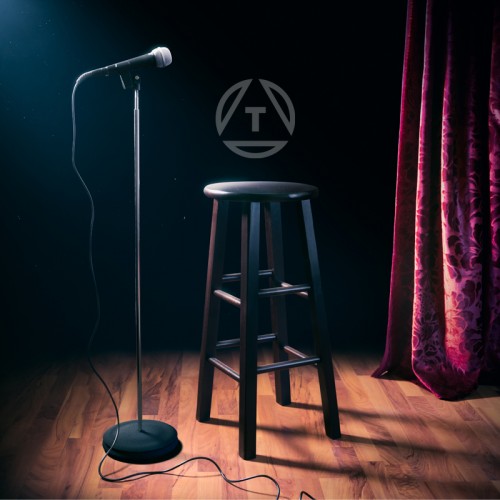 Everyone loves a good joke. Jokes can lift people’s spirits and make them laugh, releasing endorphins and dopamine into the body, which makes people happy. And as we all know, happy people just don't shoot their husbands, they just don’t (Legally Blonde, 2001).

Marketing can have the same effect on people, at least as it pertains to creating positive experiences. Hopefully, by the end of this article, you'll have a clear understanding of your unique marketing needs (and you can tell me a joke.)

Every good marketing plan begins with research, as does every good joke.

In the process of developing a joke, it’s important to be aware of what is happening in the world around you. Some jokes can easily become sour depending on the latest events. These jokes, much like ill-timed marketing campaigns, are generally followed by the audience proclaiming, “too soon” or just “No.”

It is also important to watch what others are doing. Determine what worked for them and what didn’t. There is no point in testing a theory if you know it’s not going to work. A joke that is too complicated or needs to be explained usually isn’t going to work for you.

You also don’t want to develop a marketing campaign that is too similar to what has already been created. You have your unique brand, product, and audience so what someone else has done, isn’t going to work for you. You can borrow aspects of another campaign but an outright copy is well… kind of illegal. There is a lot of joke stealing happening in the world, let’s not add campaign stealing to the mix.

With enough observations and data, you can get a good sense of what is going to appeal to your audience.

If you’ve read any of our previous blogs you would know a discussion about “knowing your audience” was coming. I’m confident it’s in just about every article I’ve written. I mention it again because IT’S VERY IMPORTANT… Duh-Doy.

Your audience will be dictating your success. Without them, there is no product or service and certainly no need to create a marketing plan.

Everything would be much easier if we didn’t have audiences. If a joke was only meant for you? My goodness, the fun you would have. It would also be incredibly lonely and very sad. I’m positive this would mean you are the only person alive and I hesitate to imagine the series of events that lead to it.

If you don’t know your audience then you’re not going to know what is going to make them react, whether that is laughter or otherwise.

The jokes you tell a young person are going to wildly differ from the jokes you tell older people. The same thing goes with your friends versus strangers. Except for fart jokes. Fart jokes work with everybody.

The joke that trails off at the end and is capped with “oh, you just had to be there” isn’t going to fly with people unfamiliar with you. Honestly, it’s probably not going to work with your friends either, but at least there’s a chance with them.

Observe and learn from your audience and they will guide you through your marketing plan as well as that knee slapper you’ve been working on.

Now that you’ve completed the research phase you know your audience, you’re ready to start building your marketing plan.

We’ve all heard jokes that run straight through the setup and lose the punchline in a jumble of noises akin to words. Similarly, marketing plans that are rushed can also fail to call anyone to action. The message gets confusing and it’s difficult to tell what you are wanting someone to do.

Pacing is important in getting your audience to make a purchase or subscribe to a newsletter. Depending on the goal, you need to give them time to absorb the information or build trust. Or you need to hit them with a quick call to action because you want them to make a decision NOW.

This means your marketing could include a long-term brand building strategy that includes social media, search engine optimization, or content marketing. You could also have a direct response campaign with search ads or print advertising.

Refer to your research when determining pacing. Which method is your audience going to respond to better?

The set up of a joke should detail the characters involved and the situation. Much like your marketing should focus on your target audience and their pain points.

Layout for your audience the benefits of your service and how you understand their pain points. They should be able to easily follow along and trust you to lead them in the right direction. The set up is all the valuable information you want to convey.

The punchline of your joke should be short and impactful. It should move people to laugh just like your call to action should move someone to the next desired step.

You want your audience to take the next step, whatever that may mean to you. The call to action is telling your audience exactly what you want them to do to meet your goals: “Subscribe Now.” “Buy Here.” “Please Laugh.”

Without the punchline (or call to action) you’ve essentially been building up to nothing. It’s like walking down a long corridor and finding a dead end. What was this hallway for? How do I get out of here? Imagine all the natural lighting you could have if you just opened this up to the dining room. There is a THIRD PROPERTY BROTHER.

So you’ve done your research and you’ve built what you consider a pretty stellar joke. Now what?

This might be the hardest part and come as a shock: you have to tell someone that joke. Hopefully after long hours of research and creative work you have a successful joke your audience will love and will respond positively to.

There is also the likelihood that the joke is going to bomb. No one likes to see it happen but it happens sometimes. Take that joke and figure out what they responded to the best and which parts lost them. Reconfigure things and come back out with it until it succeeds.

Testing and tweaking your marketing can take a non-effective campaign and launch it into the hall of fame of great campaigns. It takes time and effort but will lead you in the right direction.

The feeling you get from making another person laugh is the same feeling you will feel when your marketing plan is successful. It will also give you the insight needed to do it again and again.