2020 Marketing Trends To Prepare For 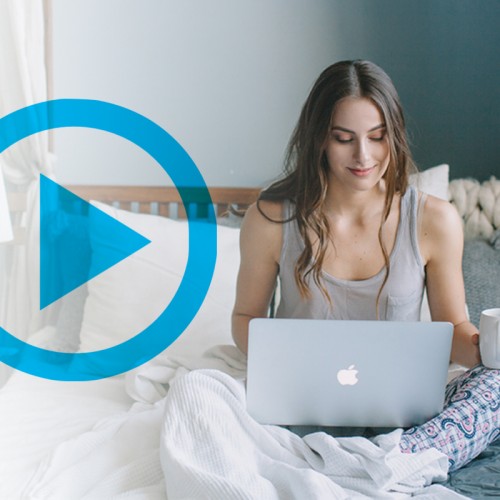 It's that time of year, yet again! When we answer the question on everyone's tongues:

What marketing trends are you going to guess this year and then continue to use next year, unless you were wrong, in which case you'll expertly backpaddle on?

Trend #1: Video will continue to be a big focus

You’ve been hearing it for the past 10 years it seems and the “trend” isn’t going anywhere. People enjoy watching videos because they are educational and entertaining. And like your favorite apple sauce, they’re easy to digest.

The good news about videos is they provide numerous opportunities for you to connect with your audience and show off your brand or personality. Your videos might be a series of how-to videos or something more entertaining like sketches. Depending on your audience and content your video could be 30 seconds long or it could be 45 minutes long.

Just look at some of the top YouTube videos for inspiration. Bon Appétit consistently puts out 40-minute videos about cooking. This flies in the face of experts who say the modern attention span can’t handle anything past 30 seconds.

Put the time and effort in to build a connection with your audience and produce quality content, and you too can have successful video content.

Trend #2: Influencer marketing will grow, but not the big names you’re used to

Influencer Marketing has definitely grown in the past few years. Being an “Influencer” is now a viable career and has essentially become an easy punchline. But the era of the big influencer is coming to an end.

Influencers have seen oversight from the FTC grow and a general mistrust from organizations and the public. Too many businesses have been burned by influencers who get paid at Scrooge McDuck levels and deliver like Huey, Dewey, and Louie.

With all this said, I’m not saying influencer marketing is going to go away. You can probably expect the opposite to happen. An increase in influencers with smaller audiences will emerge from the dust of the big players. These “micro” and “nano” influencers will have their day in the sun thanks to a focus on more quality relationships between influencer and follower.

No longer will we be told to drink the latest sports beverage from an ivory tower in the sky. We’ll now be told to drink the latest sports beverage from the guy next to us at the gym. You know, the one that looks like he’d have a really good Instagram but still works out at the Planet Fitness. Remember, you tried to ask him out for drinks once but all that came out was a breathy explanation of how literally drinking works? Then you shouted 'stay hydrated and stumbled your way back to the locker room and stayed there until he left? That guy.

Social media has grown in the past 20+ years into the behemoths you see today like Facebook, Twitter, and Instagram. What we’re seeing though is a slow return to smaller groups with similar interests. Platforms like Slack, Discord, and Reddit allow people to join groups with a singular focus rather than a large crowd of people shouting different things at each other.

Even if you’re not willing to start fresh on a new platform, Facebook has its groups. At this point, you can find a Facebook group for just about every topic. Personally, I’m a member of a few marketing-related Facebook groups.

They feel more personal and you can build real relationships in them. They’re really putting the emphasis on the social and less on the media. Eventually, we may even see a return to the classic AOL chat rooms. Small groups of strangers socializing with one another without the complication that comes with millions of other people hanging around.

Focus on quality relationships and quality content rather than trying to cast a wide net. I'd rather reach out to 10 high-quality leads than 1000 uninterested randos. Be social. Be human. Build relationships.